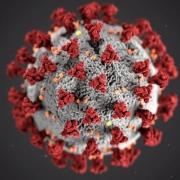 It is well known that viruses can sequester in organs and tissues, creating the possibility of transmission during transplant. Until more is known about COVID-19 transmission and sequestration, it’s best to presume that there could be potential risks to patients receiving allografts. Therefore, implementation of guidelines which restrict tissue donation are necessary to preserve the safety of the nation’s allograft supply.

Fortunately, the Physician’s Council of the American Association of Tissue Banks has issued guidance on this matter to the US tissue banking community. Per Dr. Roman Hitchev of the Association, here is a summary of those guidelines:

Due to the dynamically changing outbreak geography, medical directors are advised to refer to the CDC on countries at risk for transmission and community spread and the latest travel advisories.

Our country’s tissue banking community is committed to patient safety. The Association and member banks are engaged in research to answer key questions about the new coronavirus and its effects on donated tissues. Allografts.com will be providing updates to the surgical community on the scientific knowledge base as it evolves. 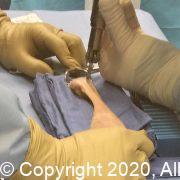 What is an Allograft?

An allograft is a tissue transplant between genetically dissimilar members of the same species1. An allograft is different from an autograft, which utilizes tissue from the same individual’s body and is therefore genetically identical. Examples of human allografts include: anterior tibialis tendon, frozen femoral head, freeze dried bone chips, DBM putty, acellular dermis, and amniotic membrane.

What are the Sources of Allografts?

Allografts are made possible through the generous gift of tissue donation after death by individual donors and through family consent. They are obtained after the donor’s death by procurement teams with specialized training in anatomy and surgical techniques to ensure viable soft tissue and bone grafts.

How are they Regulated?

Human tissue products are regulated by the FDA. Most allografts are regulated as Human Cell and Tissue Products (361 HCT/P’s). To qualify as 361 HCT/P, allografts must be considered “minimally manipulated” according to specific criteria under Part 21 CFR 1271.10(a) of the Public Services Health Act.

Allografts that qualify as minimally manipulated human cells and tissues are not required to undergo the same regulatory approval processes as those allografts that are considered medical devices. Examples of 361 HCT/P allografts include the tendon, femoral head, bone chips, dermis, and amniotic membrane mentioned above, but not the DBM putty.

When a tissue product is combined with a carrier, filler, polymer, or other non-human or synthetic ingredient, the combined product is considered more than minimally manipulated by the FDA. These products must obtain FDA 510K Clearance and premarket approval (PMA) like other medical devices. This approval process requires a preclinical study (using animal models) to demonstrate the safety, effectiveness, and equivalence to a similar product already on the market. Examples of allografts that are regulated as medical devices are DBM putties, which combine demineralized bone matrix with bovine or porcine material, or with non-tissue carriers such as carboxymethylcellulose, glycerol, or hyaluronic acid.

What are the Surgical Uses of Allografts?

Allografts are used for the repair, reconstruction, supplementation, or replacement of a recipient’s cells and tissues. For allografts to qualify as 361 HCT/P’s according to the FDA, the human cell or tissue product must perform the same basic function or set of functions in the recipient as in the donor, also known as “homologous use.” For example, tendons used for ACL reconstruction act as a connector in the recipient, as they did in the donor; connecting muscles to bones in the case of tendons is homologous to the function of connecting two bones, as ligaments do. In the same way, acellular dermis used for breast reconstruction acts as a soft tissue replacement, maintaining the same basic function as the original donor tissue.

Each year there are more than 1.75 million allografts performed in the United States from more than 30,000 donors.2  Since allografts were adopted into modern medicine 150 years ago, they have found increasing and widespread usage in a variety of medical fields, improving surgical outcomes and the quality of life of patients.

Tissue banks play a vital role, making it possible to perform life-saving, function-preserving medical transplants. Charged with qualifying donors and preparing and processing tissues for transplant, tissue banks must operate in a way that ensures the quality and safety of allografts.

But how do you know if you are working with a quality tissue bank? How can you tell if your tissue bank is adhering to the industry’s highest standards? What are some of those standards?

Get the answers in this post: Tissue Banks: Standards and Accreditation 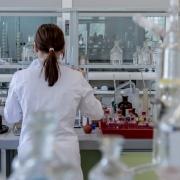 In Part 1, we reviewed the differences between aseptic processing and terminal sterilization. In this post, we explore two validated methods of tissue sterilization: gamma radiation and E-beam radiation.

Safety in tissue transplants is of critical importance. All potential donors are first subject to physical assessment, medical and social screening, and serological testing as the first line of defense against infectious disease transmission. To learn more about these standards of practice (SOPs), look at this post. Current Good Tissue Practice SOPs are established as recommendations by the FDA and are required as part of the accreditation process for tissue banks regardless of the processing and/or sterilization methods to be used.

Once donor tissue is accepted, it is aseptically processed and tested for intrinsic bioburden, which is the population of microorganisms existing on the tissue before sterilization. Unfortunately, there have been incidents of infections transmitted to patients by aseptically processed allografts in the past, including Clostridium species (an anaerobic and spore-forming toxin), viral hepatitis, and the HIV virus. Because of this, the Centers for Disease Control and Prevention requires the use of sterilization technologies proven to kill sporicidal organisms for a tissue to be declared sterile.2

Both gamma and E-beam radiation are delivered in quantifiable doses validated to kill or inactivate specific harmful microorganisms including bacteria, viruses, and fungi. However, there are some differences between the two methods.

Gamma radiation is the exposure of tissue to continuous gamma rays, electromagnetic radiation similar to X-rays that are extremely high frequency. The radiation is delivered to a large number of grafts at once. The dose applied to the tissue is measured in kilograys (kGy). When gamma radiation first began to be used in the late 1950s, radiation doses between 30 and 50 kGy were most often used. Clinical outcomes suffered, and early studies showed that these high doses of radiation had negative effects on tissues by altering biomechanical properties of the collagen through the breakdown of the protein.

Modernized methods are now able to validate lower dose ranges (15 to 20 kGy) to achieve terminal sterilization.1 Techniques to prevent collagen damage are typically used during radiation protocols today, including delivering radiation to grafts while they are in a lyophilized state, irradiating tissues while they are kept frozen at ultra-low temperature, or using radioprotectant anti-oxidants.

Electron beam radiation, also called E-beam radiation, is another form of radiation used to sterilize allografts. With E-beam, tissue is irradiated using a beam of accelerated (high energy) electrons. E-beam irradiation is delivered as tissues pass in front of the beam on a conveyor belt.

Both gamma and E-beam radiation are extremely safe sterilization methods; neither method results in any lingering radioactivity in the sterilized allograft. Sterilization through irradiation is considered to be a clean and efficient process. It prevents the need to use harsh chemicals that can damage the collagen in allografts, and it leaves no solvent residue on the tissue. Also, tissues sterilized by irradiation need no quarantine period after terminal sterilization.

Modern irradiation methods have minimal effects on the biomechanical properties of allografts. In fact, studies have shown that most tissues sterilized with low-dose gamma or E-beam radiation are biomechanically similar those that don’t undergo irradiation. Additionally, a substantial amount of research has helped the tissue industry determine how to mitigate negative effects of radiation.

In summary, both E-beam and gamma radiation are efficient, safe, and result in terminal sterilization of tissue with minimal negative effects on structure and function. 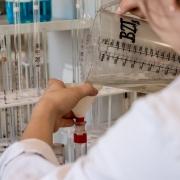 When you need to procure allograft tissue, you want to be confident that it has gone through appropriate procedures to minimize the risk of infection. Any microorganisms present on a graft can cause infection in the patient, so reducing the chance of infection is crucial. You will see products labeled with phrases such as “aseptically processed” and “terminal sterilization.”

But what do these terms mean, and how are they related to contamination risk?

Aseptic processing minimizes the chance that donor tissues can be contaminated during preparation. Aseptic processing involves specific, validated protocols which include mechanically agitating the tissues to remove blood, lipids, and cells; cleaning them with detergents, antibiotics, antifungals, or chemical disinfectants; and cutting/shaping them in a clean room. These protocols are validated through biological testing of the tissues and environmental testing of the equipment and packaging used. While aseptically processed allografts are prepared and tested in ways which reduce the microorganisms that could be present, aseptic processing is not the same as terminal sterilization.

Terminal sterilization is an additional, final procedure completed by some tissue banks on some allografts. It’s good to know that terminally sterile allografts have also undergone aseptic processing. After aseptic processing, the grafts are placed in their final packaging before sterilization. Most often, sterilization is achieved through exposure to a validated low dose of gamma or electron beam radiation, which is administered by an ISO-certified third party.

The Sterility Assurance Level (SAL) is the probability of one microorganism surviving on the tissue. According to the Centers for Disease Control and Prevention, terminally sterilized tissue has a SAL of 10-6. This means that there is a one in 1,000,000 chance that one microorganism will survive the sterilization methods and be present in the sterilized tissue. A SAL of 10-6 assures us that the chance of infection is literally “one-in-a-million.”

Aseptically processed and cleansed tissue has a SAL of 10-3, meaning that there is a one in 1,000 chance of a microorganism surviving on the tissue. While this risk is still quite low, it is technically a much higher risk than what is faced when using terminally sterilized tissue. The CDC has stated that potentially lethal sporicidal organisms are unaffected by aseptic cleansing alone. Why, then, aren’t all allografts sterilized?

Allografts used in procedures requiring living cells cannot be terminally sterilized without negatively impacting the tissue. In these cases, the surgeon, hospital, and patient must balance the risk of infection against the need for maximum preservation of the allograft’s cellular integrity and strength. This decision is usually influenced by the medical condition being treated and the needs of the patient.

Choosing the right allograft for a procedure without understanding the difference between aseptic processing and sterilization can be confusing. To add to this confusion, a certain sterility claim on many aseptically processed tissues states “sterile based on US Pharmacopeia Guideline 71 (USP <71>)”. USP <71> mandates that “for every 100 containers, ten percent or four containers, whichever is greater” must be tested for contamination. Products that undergo this testing successfully may be said to be “sterile based on USP <71>”, but they have only been aseptically processed, not terminally sterilized.

We’ll compare the methods of sterilization used by today’s tissue banks in Part 2. For all practical purposes, when you source tissue from an accredited tissue bank that adheres to the stringent guidelines of the tissue bank accrediting body1, the risk of infection is very low, whether the tissue is aseptically processed or terminally sterilized. However, it certainly helps to understand the difference when you are trying to make discriminating decisions on behalf of your patients!

Click on this link to get to Understanding Tissue Sterilization, Part 2: Radiation Roundup.

Guideline for Disinfection and Sterilization in Healthcare Facilities: Sterilization (2008). Centers for Disease Control and Prevention. Retrieved from https://www.cdc.gov/infectioncontrol/guidelines/disinfection/sterilization/index.html.